A drain in the middle of the road outside the gates of a school in Kirtipur had its concrete slabs removed for maintenance six months ago. No one bothered to close it after the work was finished. Students passed it every day, and at night numerous motorcyclists had been injured trying to avoid the gaping hole. A parent who complained to workers was told to mind his own business. Calls to KUKL went unheeded.

On 27 October, as the city readied to celebrate Tihar, soft-spoken yoga tutor Shyam Sundar Shrestha went bicycling to Chobhar. When he did not return home till late at night, his mother and relatives called around. Police found his body the next morning inside Kirtipur’s open drain. An autopsy showed he had drowned in sewage.

After this paper printed the story, readers sent in many photographs of similar death traps all over Kathmandu Valley: ditches, gaping potholes, open manholes. The 2015 earthquake, the road expansion, laying of Melamchi water pipes, repairs of mains, and lately digging for a new sewage network have repeatedly torn up Kathmandu’s busiest thoroughfares. Contractors never adhere even to the minimum safety standards of installing warning signs, fencing off dangerous areas, and paving the streets after digging them up.

Aside from the clear and present danger to pedestrians and vehicle users, the decrepit state of Kathmandu’s streets has worsened the Valley’s already unbreathable air. As our weekly graph of the daily air pollution averages and the live hour-by-hour pollution updates on our homepage sourced from the U.S. Embassy monitoring station at Phora Darbar show: Kathmandu air quality index is one of the worst in the world. At this level of toxicity, residents of Kathmandu will on average lose nearly four years of their lives.

In Nepal, we are used to recklessly feckless governments that fail in the state’s primary function of protecting citizens. Nepal’s killer highways claim 2,000 lives for every 100,000 vehicles annually. The figure for Japan is just 7 for every 100,000 cars. While many vehicle fatalities are caused by careless drivers, most are the result of the poor condition of roads, lack of enforcement of traffic rules, the absence of highway dividers, fencing and guard rails. The only reason the fatality rate is not higher is that the surface of city roads and highways are so rough that vehicles are forced to go slow.

All this points to criminal negligence on the part of the state. That, in turn, is abetted by a fatalistic culture that ignores prevention, maintenance and safety. A combination of corruption and a complete lack of accountability on the part of elected officials and bureaucrats has turned our sidewalks, roads, highways, bridges, airports, and cities into death traps. Passing the buck and lack of coordination are blatant.

For a long time we blamed Kathmandu’s kleptocracy, and hoped that last year’s elections to three levels of government would finally decentralise responsibility. It has been more than a year, but most municipalities are governed by the party that rules in Kathmandu, and its culture of poor governance has trickled down to the grassroots.

There are syndicates in every sphere of business, and many of them are hand-in-glove with national and local politicians. This greedy neo-elite has honed rent-seeking into a fine art. Structural corruption and pre-paid appointments of jobs in the bureaucracy have reduced the impact of public spending. There is plenty of cash to go around, but the Centre is loath to hand over the purse-strings to provincial and local governments. Development budgets go unspent because no one can decide who gets the cut.

An investigation in this paper recently showed that one-third of elected mayors were contractors, owned construction companies, or had excavators they rented out to municipalities they lead.

Elections should have been able to fix all that, because in a democracy, legitimacy comes not just from being elected but from performance. But winning an election in Nepal has more to do with party affiliation than accomplishments while in office.

Poor governance has a direct impact on urban planning, infrastructure, safety – and is often a question of life or death, as in the tragic martyrdom of Shyam Sundar Shrestha.

As one of the mourners at his memorial said: “All three levels of government are responsible for the death of this citizen. And it goes right up to the Prime Minister’s office.”

10 years ago this week

The Nepali Times issue  #425 of 14-20 November 2008 ten years ago carried an editorial that reads like it could have been written today. At that time, the Maoist party had just been elected to office with a landslide. Ten years later, the party is in government with a near two-third majority. But the frustrations are the same. Excerpt:

‘Nepal’s revolution was supposed to lead us towards a New Nepal. A new set of elected leaders was supposed to bring us a new vision and infuse citizens with hope and a sense of national purpose. Nepalis haven’t yet given up hope. They want to give the government they elected a chance to prove itself-both in improving their daily lives and also by charting a new future for this country. We are suffering the byproducts of the insurgency: criminality, bribery, extortion and breakdown in law and order.

In Nepal, a revolution that was fought at great human cost has ironically habituated people to kidnappings and corruption. Even if the lives of Nepalis don’t improve, we need to have a perception that things are on the mend: that delivery of services is happening, that jobs are being created, that wealth is being spread. The present culture of impunity, the surge in crime and corruption do not give us that perception.’ 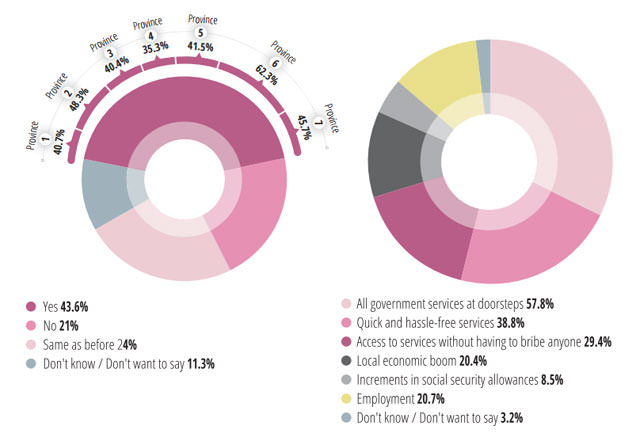