Counting what counts in Nepal

Anyone who visits Nepal seeking investment opportunities will look at two indicators: the first is the exchange rate of the Nepali rupee against major currencies, and the second is the state of the toilet in the airport arrival hall.

When asked a simple question such as, “How far is Bhaktapur from Thamel?” The answer in kilometers may be easy but it is nearly impossible to answer in units of time. The answer therefore will be, “It depends”. What does it depend on? Well that also depends.

In a country where we cannot tell anyone how long it will take to get to the next city, we have the world’s most complex and sophisticated statistics to indicate where Nepal stands on anything and everything compared to the rest of the world.

Does this country really need a Human Development Index, a Doing Business Index, a Multi-dimensional Poverty Index and many others? How do you monitor and verify so many indicators?

It is quite obvious that the number of tigers in Chitwan is an indicator for the deer population there, and the grazing area and water available to the deer. The tiger count would serve as a proxy indicator for the state of the environment.

The system of conducting a national census was first carried out in the United States in 1790. In Nepal, the first census was conducted in 1911 during the reign of Prime Minister Chandra Shamsher. We are now preparing for the National Census 2021, which will provide many indicators that will then hopefully be used to set priorities and allocate our scarce financial resources.

The reason we cannot say how long it will take to get to Bhaktapur is because of the huge traffic jam at Koteshwor. Is the number of two- and four-wheel vehicles that converge at this junction and many others in the valley an indicator of the failure of seventy years of rural development?

Why are people not staying in the villages where the government has been pumping annual budgets for as long as we know?

It is very unpopular to tell development experts that rural Nepal does not need another school building because the parents have moved their children to the cities or to India or further afield. Pregnant women move to the nearest urban area with its good maternity health facilities when they are six months into their pregnancies.

Two and half billion people will need old-age care globally by 2030 and this indicates that nursing is a good choice of profession. The sizes of different hoarding boards at major street junctions indicate which countries top the list of places to which young Nepalis are aspiring to move. Japan and Korea seem to be most popular, and yet these billboards are small compared to the English boarding school signs found all over Nepal.

The ruling parties of Nepal have a vision and a mission — prosperous Nepal, happy Nepalis. Can we agree on three indicators for each and hold politicians accountable to them? And then make sure that each cabinet and parliament session always begins by re-visiting these six indicators and reporting to the citizens on where we stand on each?

A problem with statistics is that data can be bent every which way. For example, does the high growth we have seen in the domestic airline business indicate Nepalis are getting rich or that road travel is risky?

Does the growing number of private hospitals indicate wealth or that people are becoming sick? Does the increased forest cover in Nepal indicate that people have internalised conservation or that imported LPG and cement have made it redundant to collect firewood and building materials?

While GDP per capita is the most popular indicator we use, we know few report their true income. Should income be replaced by the prices of the phones we carry or the size of the TV owned or vehicle driven?

Indicators are a good management tool, but we often do not like to be held accountable to them. There are too many variables that affect our work and hence the goal post keeps changing. But if we agree that the toilet at the airport is a critical indicator to inspire potential investors, we need to make it functional and impressive.

Anil Chitrakar is President of Siddharthinc

Nepal’s Tarai is over-run by cattle
Robots on Turkish 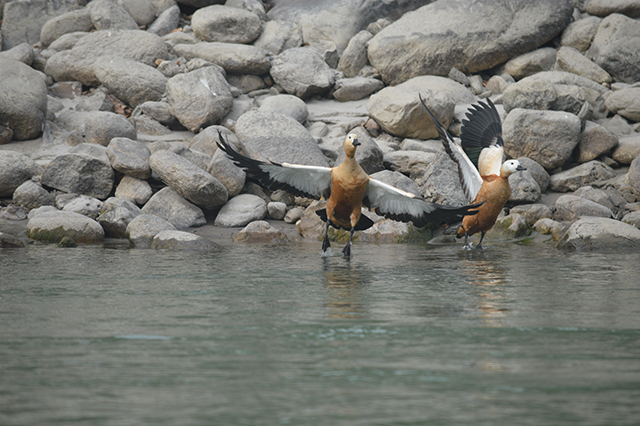 Nothing to lose but their chains October 26, 2018 https://youtu.be/W4CZxpM1mrI en years after the government finally abolished bonded debt…