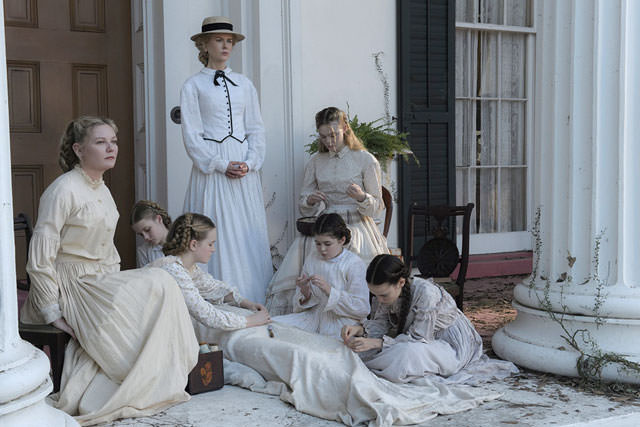 When Sofia Coppola entered the filmmaking fray in 1999 with The Virgin Suicides she carried the enormous and difficult mantle of being the daughter of Francis Ford Coppola, one of the greatest filmmakers of our time. Six films later, she has moved beyond pigeonholes, earning her name as a sensitive, original filmmaker with a voice quite unlike any other director working today.

Think of it what you may, but Lost in Translation (2003), despite accusations of it being nebulous and without substance, is one of the great films about falling in love with an entirely unsuitable person – one that is written and directed with grace, humour, and a touch of the truly offbeat that defines Coppola’s sensibilities.

In 2017, Coppola’s The Beguiled made its debut at the Cannes Film Festival, winning her the coveted prize for “Best Director”, a prize won only once before by a woman at the hallowed film festival which is the arbiter of art-house cinema.

A remake of a 1971 film by the same name, The Beguiled is a tense, gothic thriller set in the American Civil War, chronicling the story of what happens when a lone, injured soldier from the north gets absorbed into a beautiful but crumbling mansion in Virginia that houses a girl’s school where only a few students remain.

The soldier, Corporal John McBurney (Colin Farrell), is initially viewed with suspicion, but slowly all the women, including the gracious Martha Farnsworth (Nicole Kidman), owner of the house and school, and Edwina Morrow (Kirsten Dunst) all begin to soften towards the charming, hard-working soldier who helps them around the garden once he begins to recovers.

As the women and girls grow fond of the soldier, tensions rise, people fall in love, or lust, and as with most hothouse situations, the rot starts to manifest. But, unlike other films of the kind, things do not spiral downwards into atrocious clichés, guided by Coppola’s unerring touch, and the great Kidman and Dunst, the film reveals hidden character and brings out nuances that might have gone down the drain at the hands of a more drama-oriented director who might have set effect over affect and ruined everything. As a result, The Beguiled becomes a much more interesting film than what one might have imagined, bringing little surprises to a thriller that benefits from the lightness of the stellar ensemble acting by the women.

Colin Farrell does well here as a louche but charming Irish mercenary who falls into the laps of seven women who grow to adore him, but are betrayed by his basic instincts. While I can understand why The Beguiled won Coppola her “Best Director” award, with its subtle direction and absolutely beautiful mise-en-scène, it is not one of her best films, unlike the great Marie Antoinette or the sensitive Somewhere – both of which show her distinctive auteurship which takes her out of the category of being Francis Ford’s daughter and puts her on the same list as Jane Campion and Kathryn Bigelow.

At this time of awards season fervour, watch The Beguiled if you want to support the smaller films that actually make cinema so much more interesting.