Not pushed around anymore 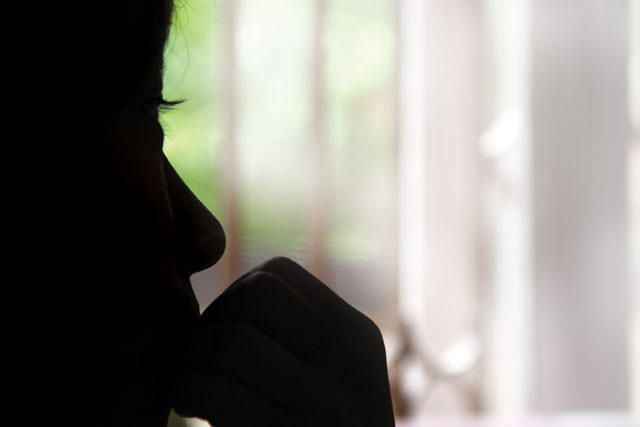 Dressed in pink trousers and a jacket, Anamika fiddles with her fingers as she settles in a chair. She is petite, has beautiful dark eyes, her long hair is henna dyed and she speaks with a strong Tamang accent. When she smiles, deep dimples form on both cheeks.

In her hometown of Tipling in Dhading, a two-day journey up tortuous roads from Kathmandu, she was often scolded for her direct manners. But even her teachers and family admit she is courageous and fierce.

“I don’t like nonsense and I don’t trust men,” she says, adding with a smile, “my brother always wonders if I am actually related to the family at all. My sisters are all very mild mannered.”

Just this morning Anamika heard that Kaji, the man who had attempted to rape her, was released on bail in Dhading. She is now in a shelter in Kathmandu.

“I don’t know what will happen now,” she says, eyes downcast. It had taken a lot for her and the family to lodge a complaint against Kaji, who was a friend of her brother Shyam.

Kaji is also from Tipling and is 21 years older than her: he is known to have political connections with local leaders. Kaji had a job with a relief NGO that distributed rice in the village after the earthquake, which meant impoverished villagers were obliged to him.

On a chilly Saturday morning last month, Kaji and her brother were taking in the sun outside the house when Anamika returned from church. While she was folding laundry, the two entered the house. After a while her brother went outside, not thinking twice about leaving his sister alone, because Kaji was a friend.

Finding her alone, Kaji made his move, but to his surprise Anamika fought back. “I did not have time to think. I knew what he was doing was wrong, so I kicked him with all my might,” recalls Anamika. When she tried to escape, he grabbed her hand, she got hold of a kettle and hit him again.

Hearing the ruckus, Shyam came back to find things strewn about the room, the floor wet and his sister crying. Kaji ran off, while Shyam tried coaxing his sister into telling him what happened.

It was only when their elder sister Rama arrived that Anamika finally opened up. The neighbours and family set out to search for Kaji and finally caught him. But instead of remorse, Kaji threatened the family.

Anamika went to the police station in Dhading to lodge a complaint, where Kaji’s family tried to strike a deal. His friends tried to intimidate the police and her family by saying that kidnapping for marriage was part of the village tradition. The family finally lodged an FIR, and the police told them to wait for a court date.

Back in the village, the elderly women pressured the family to take back the case. “How are we going to eat if he goes to jail,” they asked. Anamika was incensed, and remembers asking them: “Is rice more precious to you than a girl’s dignity?” They did not have an answer.

Others told Anamika that it was part of their culture, she should accept it and not over-react.  The practice of men abducting women to marry them still exists in some parts of Nepal, although it is less prevalent than before. “It may have been their culture, but if someone comes into my home and attacks me, that is not culture,” says a defiant Anamika.

Kaji had previously harassed Anamika’s older sister Sita, but she had kept quiet about it thinking that she might burden her little brother and sister.

“Since, Anamika chose to speak up, there have been whispers in the village from women who say that Kaji used to harass all of them saying it was in return for the rice he provided,” Shyam now remembers.

There are times when Anamika feels guilty about reporting the incident, but she cannot bear to think what would have happened if she hadn’t.

“I don’t think I did anything bad by fighting back and reporting it to the police. I want him to be punished. If my sister and others had spoken out in the past, I wouldn’t have had to face this. I don’t want others going through what I did just because I kept quiet,” says Anamika.

To ensure her safety, the charity ChoraChori Nepal, which was informed of the case by a local pastor, has brought Anamika to its shelter, where she is receiving psychosocial counselling to cope with the trauma.

In Dhading, Anamika’s brother-in-law Pratap received a call this week. “They said that Kaji was out on Rs25,000 bail. We were never even informed of the hearing,” he told Nepali Times over the phone from Dhading.

Anamika wants to go back home to her friends even if Kaji is out on bail: “Of course I want to go back. That is my home. If he misbehaves again I will beat him up.”

Some names have been changed.

The scenic village of Tipling (above) in the lap of Ganesh Himal in northern Dhading is the last settlement on the Nepal side of the border with Tibet. So close to Kathmandu, and yet it takes two days to reach here.

Like most of Nepal, many young men and women have migrated to the cities or overseas. Those who remain in these mountainsides ravaged by the 2015 earthquake depend on their millet and corn fields, or work as porters for aid agencies.

The government school and the only health post in the village are short of teachers, nurses and medicines. The nearest police station is two hours away. The cell phone signal only became available since last year.

Very few of the girls here go to school and even those who do, drop out by Grade 5, making them vulnerable to abuse, abduction and early marriage.

“There are many cases of child marriage and pregnancy in the village,” says Tek Raj Paudel, a Jesuit priest who teaches at the local school. Girls as young as 11 elope and there are a few 13-14 year olds who are pregnant.

The child protection agency ChoraChori Nepal has helped bring some of the girls to Kathmandu, where they can continue their education and get skills training.

“If we weren’t here, we would probably have had children by now, like many of our friends in the village,” says 12th Grader Reena. Children are left alone in the village, as parents take livestock up to high pasture.

“One of the major problems girls face is that at night if a girl is single, there are men who sneak into the house and harass and abuse girls,” says Melisa, another 12th Grader. “Even when she speaks out, there is hardly any support as people say it is a custom. Instead the blame is put on the girl.”

The police station is too far away, and even when they do complain, they are intimidated by local men. Many young girls from the village are now leaving for the Gulf to work as domestic help, most have lied about their age to get passports.

“Some have genuine reasons to earn, like someone in the family is sick. But most often it is to escape predatory men and early marriage,” explains Reena.

The girls say there is no support mechanism in the village, where poverty, lack of education and awareness makes it all the more difficult to fight back.

Says Jesuit priest Paudel: “The girls here are brave. But sadly they are not aware of their rights.”

Two weeks ago, a woman from Lalitpur was late to return home from work. When her husband set out to search for her, he met three policemen who told him, “Oh, she is pretty. Maybe she ran off with someone. Come by tomorrow to report her missing.” In the morning she was found half naked, with deep gashes on her head and body, left for dead. Her sister registered a request to open an investigation. After gaining consciousness, the victim gave a detailed account of what happened and named the perpetrators. The police then arrested the suspects. The victim positively identified them in a line-up and the case was taken to court after further investigation. However, citing insufficient evidence, the judge released the accused without bail.

In Darbar Marg earlier this month, four men raped a 22-year-old woman behind closed doors in a hotel. They put her in a taxi and directed the driver to take her home. The woman asked the driver to take her to the police station saying she had been raped. Instead of registering the complaint, the police allegedly tried to settle the case. The victim disappeared for a few days after which she changed her statement saying it wasn’t rape. Investigators say she may have been coerced.

In Itahari of Sunsari, two men raped a 14-year-old girl. When the matter went to the police, the girl named both the perpetrators, one of whom was caught. But instead of registering the case, the police helped mediate a Rs3 million settlement between the family of the perpetrator and the victim.

These are just some of the recent cases in the past few weeks which prove that even when girls do come forward to report rape cases, the police and court system are the first hurdles. In the past six months, 60 rape cases have been reported in Kathmandu Valley alone. Many more went unreported because of fear and social stigma. Last year 156 cases were registered and there were 135 the year before.

“If you want to look at the real picture of patriarchy, just look at the judiciary,” says Mohna Ansari, member of National Human Rights Commission. “These cases are hardly a priority and they rarely appear in discussions and discourse.”

While a lot of money has been spent by donors and the state on ‘capacity building’ and behavioural correction of Nepal Police and the infrastructure of the judiciary, there hasn’t been much of a change in attitude towards women even when they overcome enormous social pressures to not report crimes.

There have even been cases when defence lawyers have argued that by saying it is rape and punishing the perpetrator, the victim’s future may be tarnished. During cross-examination, the victim’s personal character is often questioned. In the Durbar Marg case, medical examination results showing that the victim had been ‘previously sexually active’ is being widely used in the public discourse to say that she wasn’t raped.

Last year, a young victim told the reporter that when she went to register her case, the way the police questioned her made her uncomfortable and she was made to feel guilty. “Rape is a crime against the state, it is not something that can be settled,” says lawyer Sushma Gautam. “But unless the victim blaming stops, and the victim support mechanism is made stronger, women won’t be able to come forward.”

Four-fold increase in reported rape in 10 years June 22, 2018 halini Kumari, 15, was coming home from a wedding when…