As if there is no tomorrow

During more innocent times in Nepali history 25 years ago, the media used to write about corruption in high places. After some of the exposes, parliament committees summoned officials involved in graft, the government formed commissions of inquiry, and heads rolled. Today, corruption is so endemic that it doesn’t raise eyebrows anymore, and the general public has started regarding it as a given.

The misdeeds of the lame duck coalition led by Prime Minister Sher Bahadur Deuba could be more accurately described as ‘plunder’ or ‘loot’. Calling it ‘corruption’ would be too polite. It is open season on the treasury for the caretaker government as it grabs the opportunity presented by procedural delays for power can be handed over to a new government. 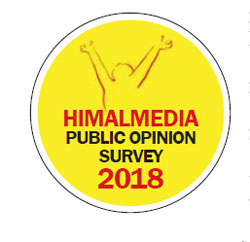 In the past weeks, Prime Minister Deuba’s cabinet has:

Reduced the eligible age for old-age allowance from 70 to 65, adding Rs14 billion to the Rs35 billion allocated in the budget for the elderly.

Piled on another Rs100,000 to housing grants for families of survivors of the 2015 earthquake even though virtually no one among the 776,705 affected families have so far received the full Rs300,000 promised. This will add another Rs77 billion burden on the budget.

It will cost another Rs60 billion to bankroll the government’s decision to allow some 22,000 civil servants voluntary retirement.

The Cabinet meeting last week also increased the subsidies to patients with critical heart, kidney or liver ailments, adding a further Rs 2 billion to the exchequer.

The outgoing government lavished Rs2 billion to the Nepal Army in the first six months of this fiscal year to buy new helicopters.

It has declared ‘martyrs’ all those killed in the Madi bus bomb in 2005 and other conflict victims, allowing their relatives to receive Rs1 million each in compensation.

It increased the positions in the police force to accommodate party faithfuls.

Most caretaker governments in the past have hurriedly employed cadre into civil service positions, appointed heads of public sector companies and handed out cash to near and dear ones. However, the Deuba cabinet has broken all national, and possibly even international, records for profligacy as it fritters away taxpayers money as if there was no tomorrow.

All this comes even as the economy is in dire straits with revenue from overseas remittance stagnating. Tax revenue has fallen, the trade deficit has widened further as Nepal is now importing even electricity from India this year, on top of a tripling of the petroleum import bill in the last five years. The banking sector is facing a liquidity crisis, interest rates are soaring. Previous governments had made sure that Nepal’s macroeconomic indicators were sound, reserves were robust even if the trade gap widened and investment fell, but the populist measures announced by this caretaker government will unleash long-term structural damage to the economy.

It is not even smart politics. The mass media and the public has seen through this: their conclusion is that Deuba is taking revenge for his electoral loss by straddling the UML-Maoists with a bankrupt country. Not that the UML was any different, it has also been spendthrift in the past, and K P Oli actually promised to more than double the elderly stipend to Rs5,000 which would actually have cost the treasury more than reducing the cutoff age to 65.

This sort of populism is counterproductive, and this proven by the Himalmedia public opinion survey results. In response to a question about whether the elderly should receive a stipend or make their life easier, a majority 60% preferred better facilities for the elderly. In another question about whether farmers should get pensions, or have fertiliser and irrigation, an overwhelming 83% rejected handouts. Asked which they preferred: subsidy for medical treatment or better health care, 82% nationwide said they wanted better hospitals. The people reject populism. This caretaker prime minister isn’t as smart.

The crow and the scarecrow May 18, 2018   The government’s new guidelines for dealings between Nepalis and…